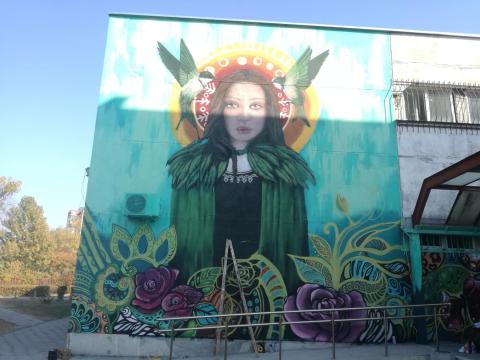 The rights of the child have become a priority in the international arena over the last few decades. However, serious problems persist today, posing a serious threat to human rights and especially to children. Poverty, discrimination, violence, exploitation and abuse unfortunately still accompany us in our daily lives.

Bulgaria is already taking certain steps in establishing basic regulations and in accepting the child as a participant in society with extremely important rights. The main normative laws and current bodies have been established, international documents have been ratified, a civil society is being built, sensitive to the topic and ready to support the necessary changes.

Since the introduction of the Convention on the Rights of the Child, Countries have made changes to coordinate their legislation and administration in order to guarantee the rights of the child comprehensively. This gives rise to child protection systems.

The regulation of children's rights in Bulgaria is based on several main normative documents.

The basic law in the field of children's rights is the Child Protection Act (2000). Together with the rules for its implementation, it indicates which state authorities are responsible for the implementation of child protection activities and measures and how they interact with each other. It also indicates how legal and persons can participate in these activities.

The Family Code, which entered into force on October 1, 2009, also prioritizes the interests of the child in situations of family conflict and adoption. It provides protection for children in the settlement of relationships based on marriage, guardianship and custody.

The main instrument in the implementation of the public policy for child protection is the National Strategy for the Child – the 2019-2030 version is at present being adopted and installed. It defines the main directions and actions for improving the welfare of children in Bulgaria. It leads to mutual cooperation as a basic principle in the work of institutions whose activities are related to children, including non-profit organizations. It also recognizes the important role of non-governmental organizations in several areas, especially in initiating and implementing alternative and innovative policies, and in participating in the formulation and monitoring of policy implementation.

At the local level, the Municipal Councils are set to adopt municipal child protection programs every year, according to the needs of children and their families in the municipality.

NGOs are key actors involved in the promotion and realization of children's rights. They play a critical role in lobbying and monitoring.

The media have a unique role to play in drawing attention to issues affecting children and the realization of children's rights. But they also need to be careful about how they do this, because by signaling a problem, they can cause other injury to children, such as their identity.

The private sector has an increasing role to play in building an environment of protection or in providing basic services. Parents and children, teachers, community members - all can help raise awareness of children's rights. They may also put pressure on public authorities and institutions to carry out their responsibilities in creating and implementing child-focused policies.

All participants have an important role and the inactive participation and lack of interest of even just one of them leads to deficits in the whole system, and our children end up being victims.

Despite the considerable number of children's rights instruments, the reality for many children around the world is in stark contrast. There are still children who face serious threats to their survival, suffer from a lack of opportunities for quality education, adequate health care and social care. Many fall victim to severe forms of child labor, sexual exploitation and abuse, disease, armed conflict, and various forms of violence. Children are still forced to enter into early marriages and endure harmful traditional practices. Children from vulnerable groups or children in particularly difficult situations face particularly high risks and are exposed to discrimination and exclusion.

Our country is one of the last places in the European Union in a number of indicators that take into account the well-being of our children. It is paradoxical to successfully develop certain areas and to report relatively high indicators, and at the same time a huge number of children to sink into poverty, discrimination, to become constant victims of violence, exploitation and trafficking, to be abandoned by their parents, not to go to school.

The youngest ones are the ones suffering the most from our mistakes or insufficient efforts. Children inherit our attitudes and we need to have a clear balance of what we do for their lives, for their present and future.

In Bulgaria, as in other Eastern European countries, there are still serious disadvantages in terms of respect for children's rights and protection systems. The main obstacles to the necessary reforms are the lack of resources, political will, low capacity of workers in the field, lack of sufficient number and type of services, lack of a good coordination mechanism for a comprehensive child protection system.

Despite considerable developments, there is still a lack of coherence between different child legislation. Due to insufficient capacity and knowledge of the rights of the child among those working in the field, laws are interpreted vaguely and there are serious gaps in their implementation. There is a lack of coordination between the different sectors, there is a lack of sufficient cooperation between the various bodies involved in child protection. Intentions for reform have been stated, but the changes are actually blocked, the adoption of necessary normative documents is often delayed, proposals from civil society organizations aimed at higher efficiency are not taken into account.

The current system also focuses primarily on children at risk, rather than on a broad perception of well-being for all children and parents. Efforts need to be made to guarantee the fundamental rights of the child in all spheres of public life. The fragmentation in child care must be overcome. It is necessary to coordinate the decisions and actions of all state institutions and bodies in terms of taking into account the best interests of the child. A coordinated child protection system must also be developed at the level of the child and the family, the community and at the national level.